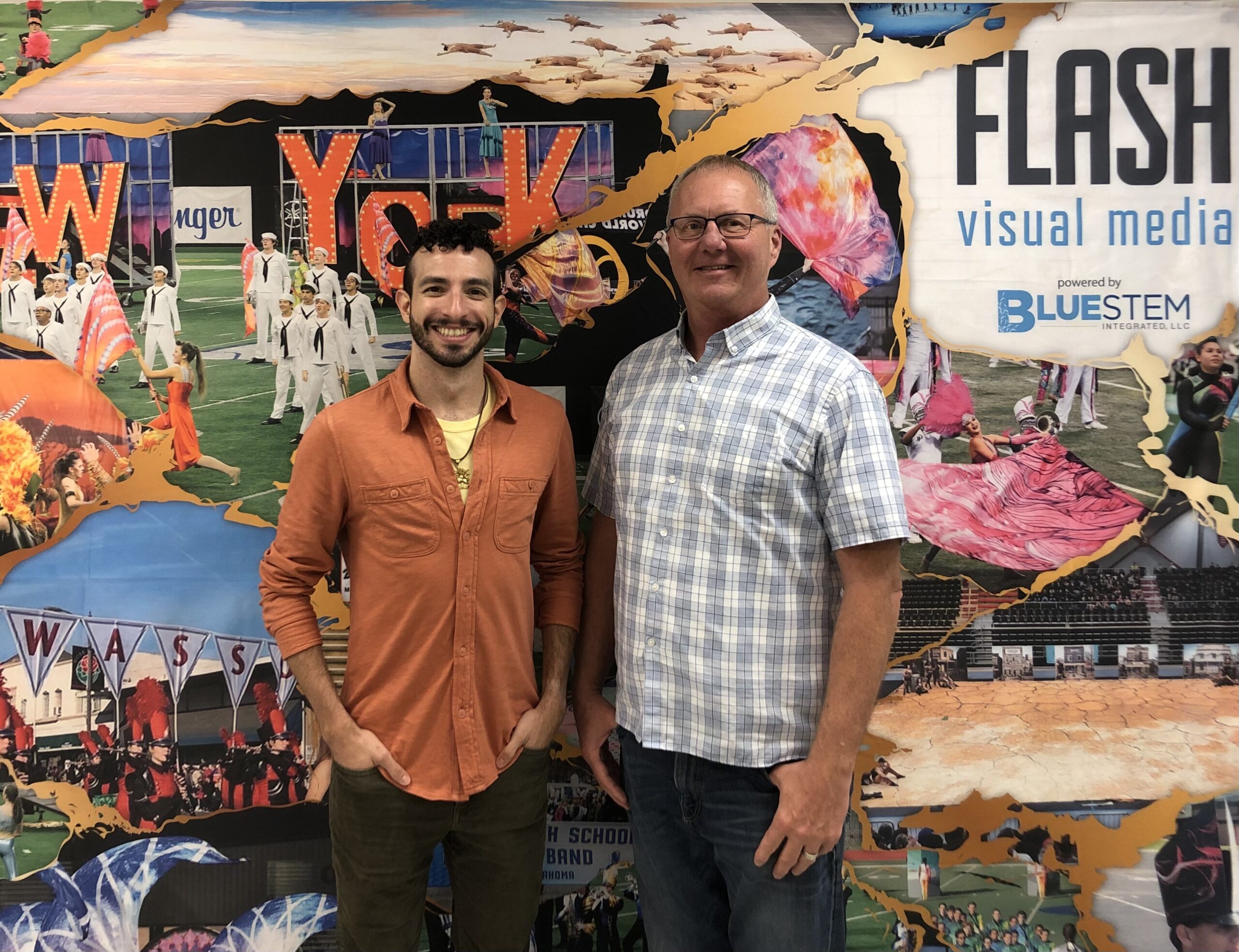 We are happy to announce the addition of Eamon Shoghi to the FLASH Visual Media management team.

Eamon graduated from Union HS in Tulsa, where he played saxophone and lead the band as drum major.  After graduation, he joined the Union Bands Visual Staff, where he worked directly with Alan.   Additionally, Eamon performed 2 summers with Troopers Drum & Bugle Corps, and currently serves as the Timing & Penalties judge for the Winter Guard & Percussion of Oklahoma circuit.  His combined experiences as a performer, instructor, and adjudicator gives him invaluable knowledge of the marching arts activities that will greatly benefit FLASH moving forward.

After earning a Finance degree from the University of Tulsa, Eamon has been working as a financial project manager for CenturyLink (now Lumen) for the past 4 years.  He also has previous hands-on experience with FLASH, setting up financial software and doing financial work in 2014 and 2015.

Look for Eamon at future marching arts events and conventions where FLASH is in attendance.

We are excited to announce the addition of Eamon S

FLASH is a proud sponsor of Zephyrus Independent W